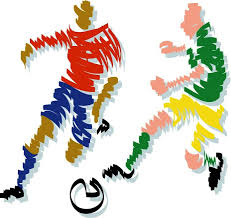 This is the first translation of Romanian articles. Enjoy…

Being Software Developer makes you consume more neurons than in others. One could see it as liberal art, as Joel is telling us. Technology is constantly changing, new ideas have to be brought, new programming paradigms are coming up. All these are consuming a software developer and, if you are not a kind of Maldini, to actually make engineering until your 50s, it happens that you are looking for a management job, open a business, go for some theory, anything that could keep you in a position which is not include 8-10 hours per day in front of the monitor.

If you are an average software developer, you need to make a good effort in the first jobs to get some experience. This should save your ass in the area 35-40 years, when the hungry young wolves and new technologies are coming from behind. For instance, why to use a code generator when you could decently write the same code, maybe with better quality. 20 years ago, the same story happened with ASM and C programming. It was always more controllable the output of ASM code.

Same happens with football players. They get a good contract and start some savings for bad days. If a new coach comes, a new playing system is implemented and they might not have a place in the first team. Eventually, one could go to a smaller team, with not so demanding playing system. This is translated in “Software developer goes to a smaller company, where his experience is valuable and the processes or new tools are not enforced.”

We are not speaking about great software developers. They are covered. There is always some one to pay this talent. In 2008, Rivaldo had a good salary in Greece at the end of the career. In 2011, Roberto Carlos has a great wage in Russia, 5 years after he left Real Madrid.

This site uses Akismet to reduce spam. Learn how your comment data is processed.